Skip to content
Home Chèvrefeuille asbl – English ➞ Who are we? ➞ History 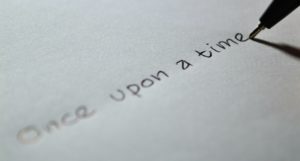 In 1970, Chèvrefeuille was born out of a desire to respond to different challenges encountered by Geneviève Seynaeve : to offer a roof to young mothers and their children suffering from marital and family violence, a lack of family resources and support networks, and not knowing who or where to turn to.

On October 31, 1971, the association was formed as a non-profit organization, taking the name “Chèvrefeuille”, the name of a shrub that flourishes with the right care and whose magnificent flower gives off a discreet but lovely fragrance.

In 1974, Chèvrefeuille was accredited by the ONE (the Belgian National Organization for Birth and Childhood) and by the French Community as a Maternal Home, and has counted on public subsidies since then, which have increased over the years and which have made it possible to hire staff for social and educational supervision. ONE subsidizes the house with an amount per night of lodging. Chèvrefeuille first occupied a building located on Rue de la Croix, 41, back then already in bad condition and which no longer exists.

In 1980, with the donations received, Chèvrefeuille acquired the two adjoining houses located at 104 and 106 on Rue Lesbroussart, in Ixelles.

In 1987, Geneviève retired and the management of the house was taken over by Agnès Crabbe.

In 1990, Chèvrefeuille decided to organize after-shelter services by hiring a person to provide support for mothers who had lived at Chèvrefeuille and had moved on and who asked for support with their daily lives.

In 1998, the relevant accrediting authorities changed and the sector of shelters was regionalized. Chèvrefeuille became recognized by the Cocof (the French-speaking Community Commission) and formally become a Shelter. This accreditation was sanctioned by a decree in 1998 and the subsidy mechanisms were completely revised. After great budgetary concerns and difficult years during which the accumulated deficits were large, the situation has improved significantly. Since then, the subsidies have covered all the costs of the socio-educational staff (according to the decree’s standards). Chèvrefeuille is accredited for a total capacity of 40 people: 18 mothers and 22 children in 18 living units: 14 rooms in the communal home and 4 satellite apartments.

In 2008, various enlargement and upgrading works were carried out to facilitate community life and embellish the home.

In 2011, the 40th anniversary of Chèvrefeuille was celebrated at the same time as the end of the renovations.

In 2014, came the purchase of the “85” building, completely renovated to house the satellite apartments previously spread throughout the neighbourhood.

Chèvrefeuille continues to be overseen by a dynamic Board of Trustees, always concerned with the wellbeing of the home and good management, attentive to the mothers and children welcomed there and to the quality of the social and educational work.

Since almost the beginning of the history of Chèvrefeuille, the Lion’s Club Bruxelles Europe Forêt de Soignes has supported the home through various initiatives (greeting cards, St Nicolas, Mother’s Day, different renovations, …) and has consolidated this collaboration through the appointment of one of its members to the Chèvrefeuille Board of Trustees.